Paneer | How to make Paneer

A staple in most North Indian homes, paneer can easily be made in-house. The vegetarian households of India kind of live on paneer. Spicy or less spicy, starters or main dishes, easy to cook or elaborate ones, you can easily find a paneer recipe fitting into your requirements. Here at betterbutter.in, you will get simple instructions on how to make paneer recipes, especially the most popular ones. Paneer is quite easier to make at home, by curdling milk with a little of lemon juice or vinegar- thereby making it quite a feasible option for your daily menu. The list seems to be long enough to satisfy your cravings for a variety of dishes while counting the names of local paneer delicacies available in the entire country. Dip it in the Chinese flavors, sauté it with spices and the seasoned mayonnaise or toss it with the Desi Tadka like garam masala, cottage cheese blends perfectly in a variety of cuisines. As it is rich in fats, diabetes patients and those who have high cholesterol issues are safer with a little consumption. The high protein content of this diary derived product makes it the first refuge of those who are lactose intolerant, as milk is cut out of their list. The fiery paneer tikka or the mouth watering paneer butter masala, you can get the step by step recipe as your guide in the preparations of various paneer delicacies only at betterbutter.in. Also, the ingredient list and quick & easy to make homemade recipes are available here. In the ‘how to make columns,’ tips for serving the dishes in the multi-star restaurant style are featured at BetterButter.

Paneer is a mouthwatering dish which is perfect to serve at any occasion. It is a recipe of North Indian cuisine which is very famous in the whole worldwide. This is very amazing in taste and it contains a lot of health benefiting nutrients. It is a quick and easy recipe and you can easily prepare restaurant style Paneer at your home. Paneer by Ruchira Hoon will help you to prepare the perfect Paneer at your home. You don't need any extra effort or time to prepare this. It just needs few minute for the preparation and 30 minute for cooking. Whether it is a grand party or a normal kitty party, it is a perfect dish to serve and to get the compliments from your guests. This recipe follows the perfect art of cooking that gives an amazing texture to this and differentiate it from other dishes. In the Better Butter recipes, you will find the step by step process of this recipe by which you can know how to make the delicious Paneer.

How to make Paneer

Paneer: All That You Need To Know About Indian Cottage Cheese

Paneer recipe is popularly sought after in preparing several dishes in the Indian cuisine. Paneer, also called cottage cheese, is considered to be a high protein food and used as a common substitute of meat for vegetarians in several parts of India. Following certain simple instructions, you will know how to prepare paneer right at your own kitchen. By curdling milk with vinegar or lemon juice, you will have a tender and soft variety of cottage cheese right at your home in about 30 minutes or so.

You can eat fresh!
What makes paneer such a favoured ingredient for many chefs and those who love to eat fresh and healthy food is that, you can prepare it very easily and you can eat it fresh also. Since homemade paneer is the better than the rubbery ones available in the market, it is best to eat it fresh. When having for breakfast, you can add a little bit of sugar with it to increase the carbohydrate intake in the morning and burn it off later during the day. Mint and cumin seeds are other ingredients that you can use to flavour the paneer when having it fresh!

The History and Origin of Paneer
The history of this lovely ingredient is as interesting and fresh as its taste. Well, it all goes back to the Vedic Ages when the Aryans came and settled down in India. If one takes a look at the Vedas, then milk is a highly valued food item during this time. Thus, paneer was prepared during this time just like today- by curdling the milk using yoghurt, sour leaves, etc. However, cows began to be valued too during the Later Vedic Age due to their decrease in number, which led to a belief, that one is spoiling the milk by curdling it and hence making this special Indian cottage cheese became a taboo. It, in fact, remained a taboo for quite some time. The Afghans and Persians tried to introduce this cheese, which they called ‘peynir’ in the northern parts of India. However, it was finally with the coming of the Portuguese in Calcutta that curdling milk to make cottage cheese became a daily affair. The famous sweet rosogolla was also introduced, which garnered a lot of attention. By this time, the dish had spread to every corner of the country and soon this culinary taboo was lifted.
Health Benefits of Paneer
The health benefits of paneer are multi-various. If you are trying to cut down on your calorie intake and lose weight but have a meal which is balanced for your breakfast, then a bowl of freshly homemade paneer is the right way to go about it. Apart from improving the general metabolism functions of your body, it is also good for those who are suffering from diabetes. Its high calcium content also makes it good for kids and young adults.
Nutritional Value of Paneer
By learning how to make paneer step by step, you will be relying on your kitchen rather than the readymade variety found in markets. 100 grams of fresh homemade paneer made from cow milk typically provides the human body with:
• Fat – 20.8 grams
• Protein – 18.3 grams
• Minerals – 2.6 grams
• Carbohydrates – 1.2 grams
• Energy – 265 kcal
• Calcium – 208 milligrams
• Phosphorus – 138 milligrams

Types of Paneer Dishes
In the Indian cuisine, paneer can be incorporated in several dishes. Most of the quick and easy paneer recipes can either be of dry curry or gravy. They incorporate vegetables like potatoes, mushroom, spinach, coriander, capsicum, potatoes, and peas to make the dish nutritious. Chilli Paneer is a popular Indo Chinese appetizer, available in street stalls as well as restaurants. Matar Paneer, another variant of paneer recipe is made out of frozen or fresh green peas in a delicious tomato and onion gravy. It is best had with roti or rice. Palak Paneer is a well-known paneer recipe made from spinach. It can be made in several ways and is considered to be very delicious and healthy.Paneer butter masala is another popular paneer recipe that most Indians drool over. The dish includes a delicious tomato and onion gravy with shimmered Indian cottage cheese. It is an extremely popular Indian dish known for wooing people with its exotic flavour.
Special tips for preparing paneer
It is always best to cook any paneer dish with homemade paneer. While preparing it, make sure that you hang the milk and the souring agent in a tightly bound, semi porous cloth for the water to properly drain out and the paneer to form perfectly.
And when making a dish with store bought paneer, make sure you soak it in water for quite some time before cooking it. Sautéing paneer a little in a non-stick pan is always a good option before adding it to the main gravy of the dish.

★★★★★
★★★★★
But I make paneer with dahi not lemon juice, it taste different, try that too, dahi gives soft and sweet flavor to the paneer
Reply

will definitely try this
Cooked it ? Share your Photo 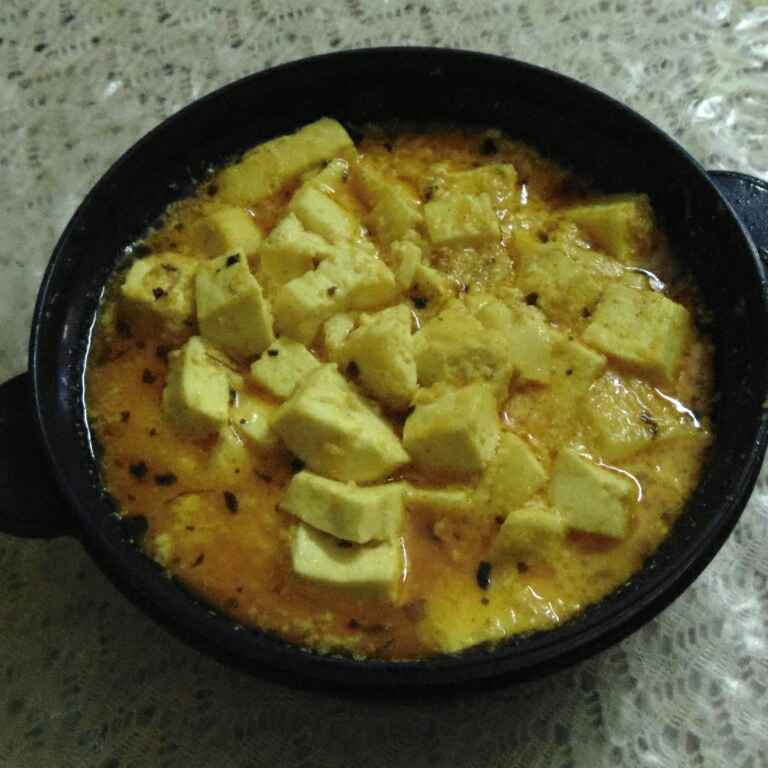 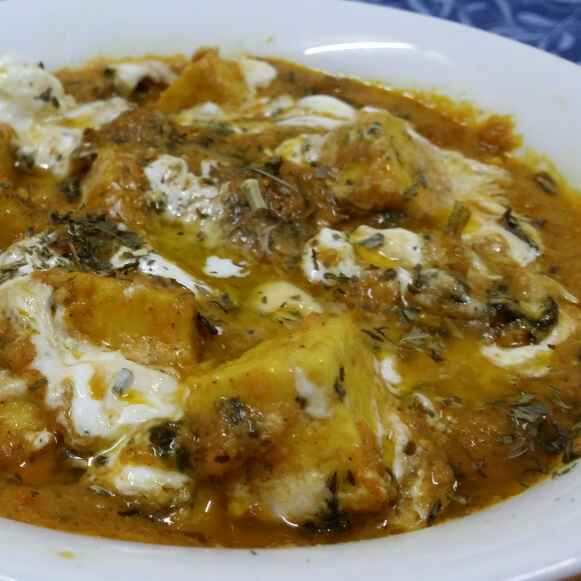 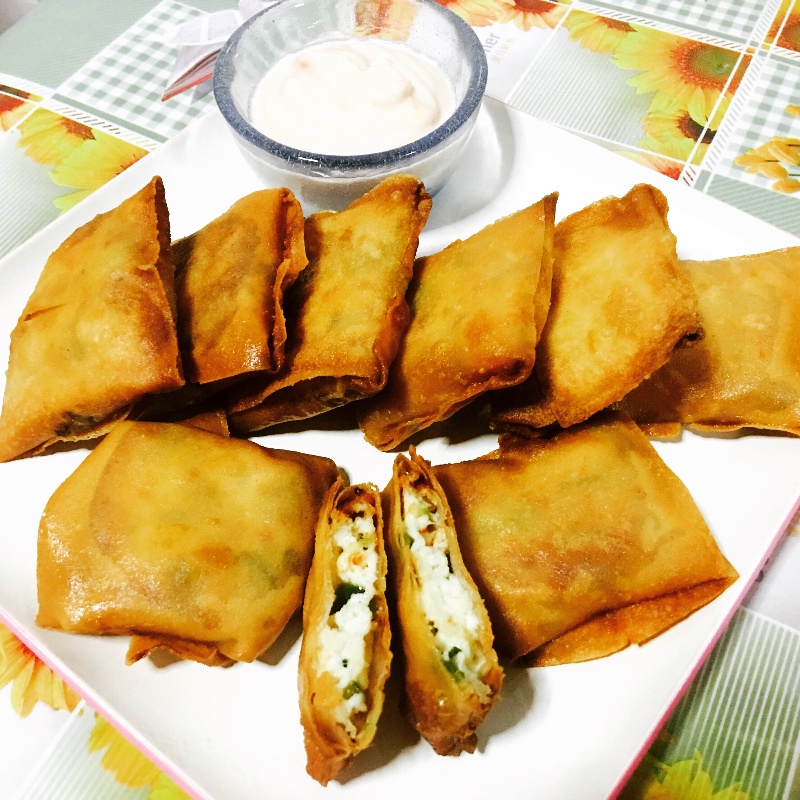 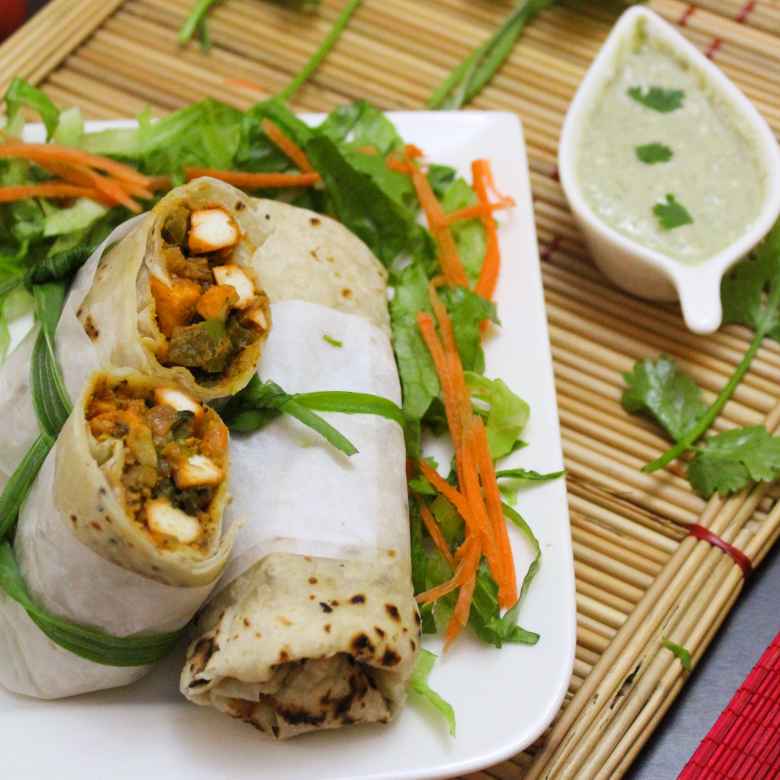 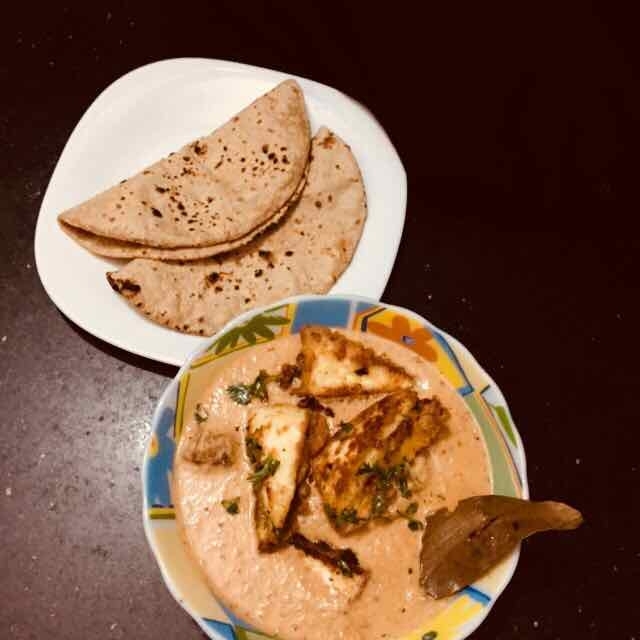 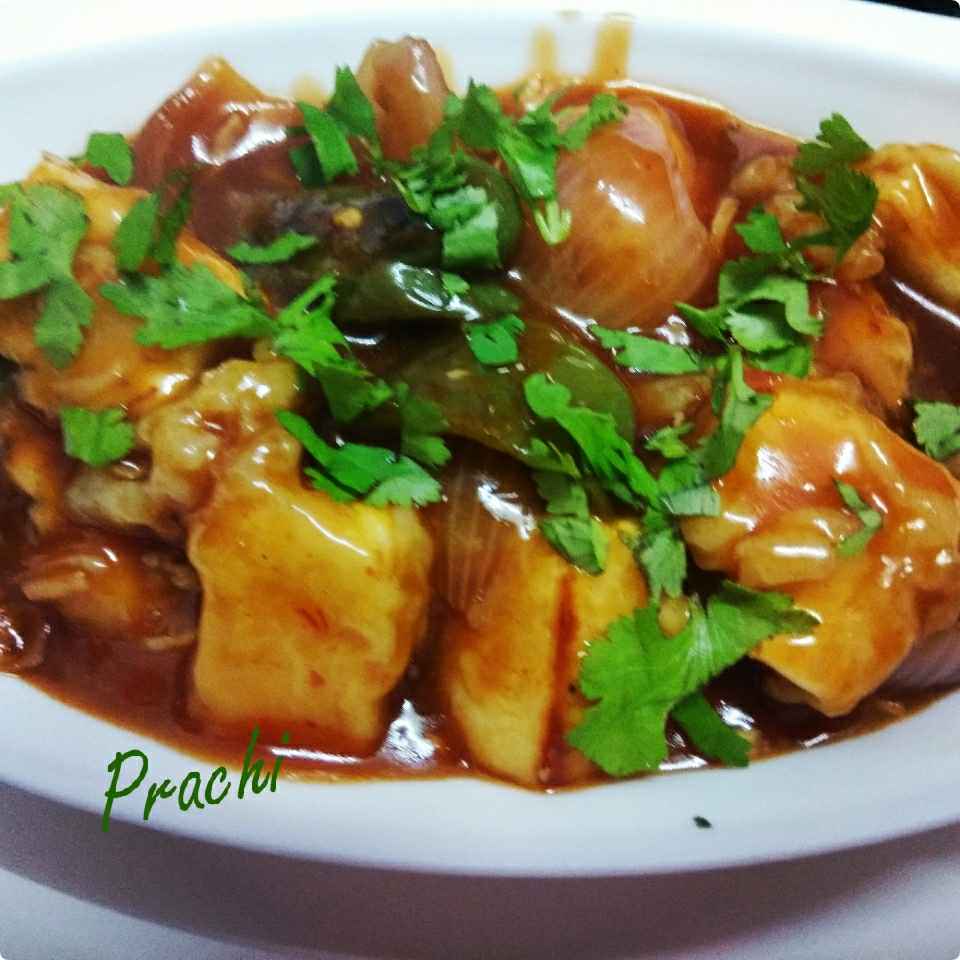 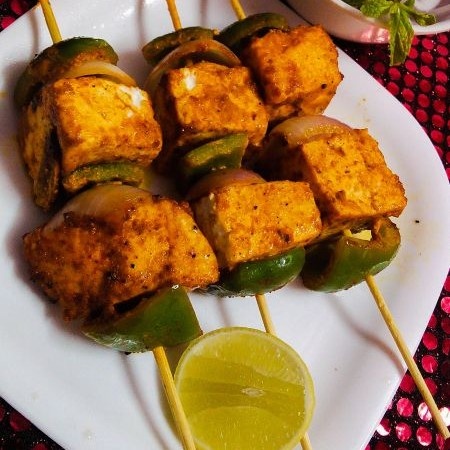 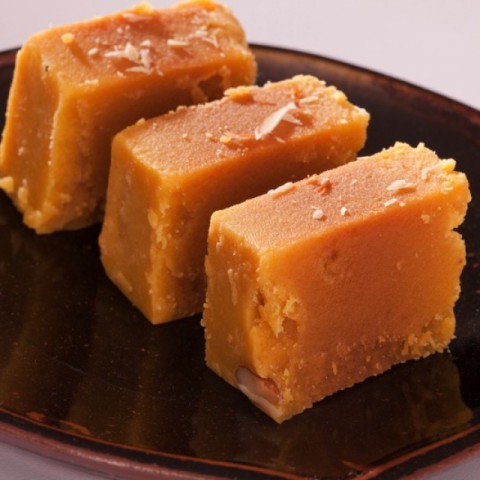 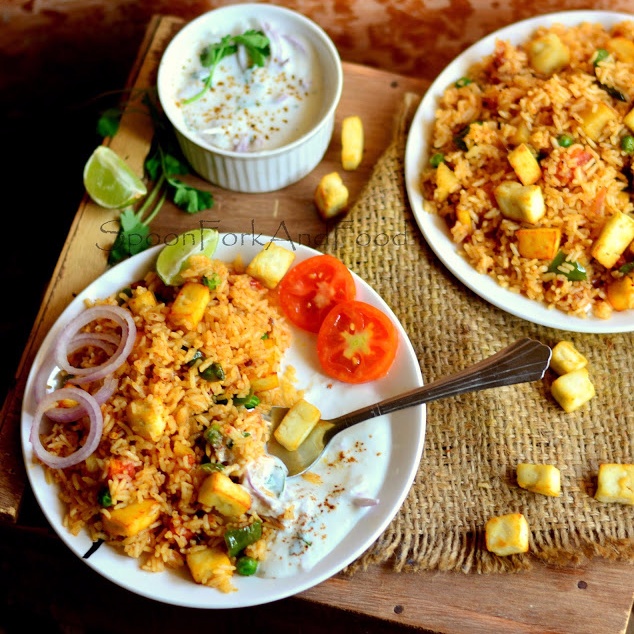 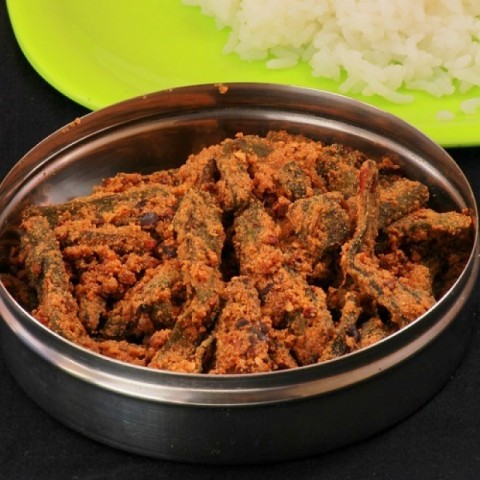 Enjoy this Paneer dish from BetterButter!
The authentic recipe of Paneer is prepared and provided by Ruchira Hoon. Better Butter does not take any responsibility for any duplicity or plagiarism.